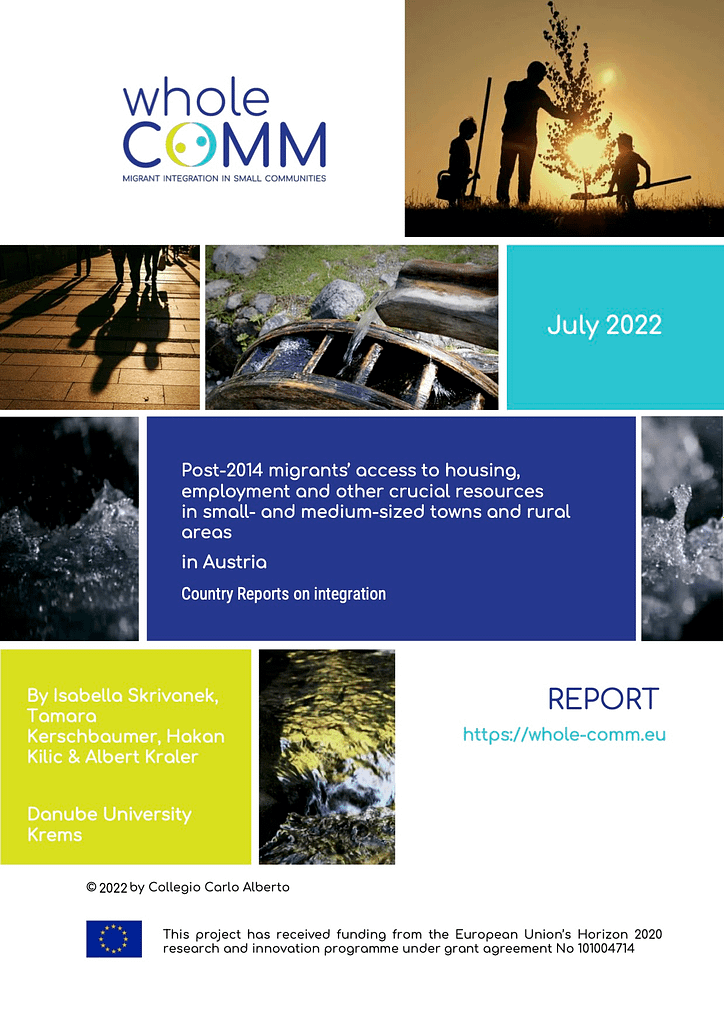 This report examines post-2014 migrants’ access to housing, employment, and other relevant resources in different small and medium-sized towns and rural areas in Austria. The research in Austria focused on four localities in two provinces (Lower Austria and Tyrol), and in terms of categories of migrants, refugees and asylum seekers that had arrived since 2014.

Primarily based on interviews conducted in each of the for selected municipalities, the report provides an overview of:
1) the concrete barriers that post-2014 migrants are facing in relation to housing and employment;
2) the local actors who are involved in, and/or seen as responsible for, facilitating their access;
3) any concrete local measures or practices that help or hinder this access;
4) the specific target groups of these measures, initiatives or practices.

The report finds that access to housing has been challenging for refugees in all four localities studied. Importantly, housing as a policy area largely falls into the competence of provincial governments and municipalities. While asylum seekers have been dispersed across the Austrian territory and a fairly elaborated national and provincial framework exists for this, beneficiaries of international protection are not addressed by any specific overarching policies. NGOs have thus been at the forefront of addressing issues, although municipalities do dispose of limited means (notably municipal housing) to address the challenges of housing transitions from the initial accommodation provided under the basic care regime to independent housing. Overall, however, beneficiaries of international protection have to rely on the private housing markets. High rents, limited supply of housing and lack of access to public housing are the main barriers, alongside discrimination and language barriers. In the two localities in the Tyrol, the short-term allocation of flats to tourists also increases competition in the housing market, where newly arrived migrants and refugees are disadvantaged from the outset. Overall, access to housing is often more difficult than access to the labour market. As a result of these challenges, newly arrived migrants tend to live in poorer neighborhoods and/or buildings. To facilitate successful housing transitions starter flats run by NGOs and initiatives with private landlords have been launched.

Regarding employment, the room for manouvre for local authorities is limited, as the overall framework is largely a federal competence. There are several challenges and obstacles to employment that have been mentioned by interviewees across the four studied localities. This regards the legal framework, in particular the status of asylum seekers and inaccessibility of training for these, the role of German language competences, the transferability of foreign qualifications, the transition from welfare to work and structural disincentives to engage in work, gender-specific aspects (such as norms against the employment of women, care obligations), the positive effects of the current (positive) labour market situation, making employers more willing also to consider employees with a greater need of training or otherwise less preferred, and challenges related to work culture, cultural differences, prejudices and discrimination, working against beneficiaries of international protection, and means of mobility to reach the workplace. Active actors in this field in all localities are the WP4 Country Reports – Austria 2022 Public Employment Service (AMS), companies themselves, NGOs and also volunteers. In order to facilitate access to the labour market for this target group, special fairs such as the Job Fair were offered, but also mentoring programmes were created. In general, the Public Employment Service is the direct point of contact regarding the labour market, but volunteers have also been able to use their personal networks to help newly arrived migrants and refugees find work. There is a major divide between the two small and medium sized towns under study and the more rural localities, characterized by fewer employers / employment opportunities in the localities themselves and the longer distance to training and other facilities. Also specialized programmes (such as the competence check) are not available in these two communities while, community-based work also seems to have been more important. A similar patterns holds also in relation to provision of other services, notably language training. The report concludes that there is major urban / rural divide related to the density of ‘arrival infrastructures’, whereas the socio-economic conditions in the localities seem to be less relevant, given the organisation of key services at the provincial level. In addition, however, local mobilization around the issue of integration is of key relevance. 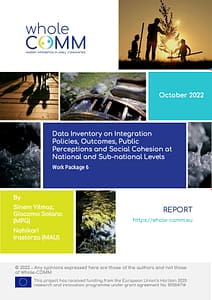