PhD in Political Science and Sociology, MIM - Malmö Institute for Studies of Migration, Diversity and Welfare

This issue continues the focus on the Swedish election. While the first blog has expanded on how the electoral campaign has highlighted the existing tendencies toward polarization between migrants and natives, this blog focuses on how these problems translate into the experiences of public agencies (including researchers), and what the chances are to improve the situation.

Implications for the relationship between public agencies and migrant groups

As evidenced in the previous issue, the polarization of Swedish politics around the migrant-native cleavage causes a variety of consequences, many of which should be seen as deeply problematic for the sustainability of social relations throughout Swedish society. On a more specific level, the current developments also have implications for the future of the relationship between migrants and public agencies. In contexts where mutual mistrust is widely established and politically legitimized, even the most liberal public agencies are bound to run into difficulties identifying, addressing, and providing alternatives to existing problems facing migrants and their everyday life. Add to this a lack of trust in public agencies’ capacities and motives, a lack of electoral participation, and an uneven degree of politically impactful self-organization among migrant groups, and the problem grows worse. Instead, disinformation campaigns and conspiracy theorists on one hand, and an increasingly mobilized nationalist or nativist electorate, one the other, will be able to further enflame opinion and chip away at between-group relations.

Conducting fieldwork with migrant communities and long-term residents in six Swedish municipalities between the end of April and the last week of August of 2022, I believe I saw these tendencies first hand. What is more, I do not believe that my experiences were unique to that of the researcher, but that they translate to the relations between migrant groups and public agencies more broadly.

Judging from my interviews with migrants, public officials, elected politicians, and civil society associations in the six fieldwork sites, it seems that my experiences translate to a significantly broader setting.

Across the fieldwork sites, public officials mentioned difficulties reaching migrant groups for input on policy, for information regarding education and healthcare, and for disseminating the correct information regarding rights, resource access, and so on. With the elections looming, many also expressed dismay over the low electoral participation among some migrant groups. Discussing the immediate consequences of this lack of communication, they noted how people had fallen out of social protection systems, how some individuals used doubts about the social services to intimidate migrant parents, and how employees of the family care units at the social services were routinely threatened with violence.

What strategies to maintain trust between migrant groups and public agencies?

While some municipalities and local communities did not claim to do much about the situation, others made considerable efforts to improve relations with migrant communities. In a small town in Dalarna, the municipality organizes a standing group where representatives of public agencies, the police, migrants’ associations, and religious groups can meet to share information and to channel grievances. In one town in Gävleborg, the municipality collaborates with the municipality’s large Muslim association as a direct channel for disseminating information regarding the social services act, the elections, and many other things. In other municipalities, public agencies collaborate with other types of civil society associations, e.g. the Red Cross, the Church of Sweden, and so on and so forth, primarily for organizing event-specific activities (e.g. language cafés, sports events). The latter solution, however, tends to focus more on aid and immediate resource-access than on the strengthening of relations and trust.

In some settings, the use of an existing civil society infrastructure appears to be a valid solution for channelling migrants’ demands and for disseminating information. In the long term, it is also possible that it will help maintain trust between migrant groups and public agencies. However, it is also a strategy that is deeply dependent on factors that the municipalities cannot control. On one hand, it is dependent on the existence of strong and relatively centralized self-organization among migrant groups. This is certainly not the case in most of the municipalities in the Whole-COMM sample. On the other hand, it is dependent on the municipalities’ ability to maintain funding for more long-term projects, for staff that can maintain ties to relevant groups, and so on and so forth. As Sweden’s number of accepted asylum seekers continues to decrease (reaching a fifteen-year low in 2020), and as state funding for municipal integration goes down accordingly, many municipalities have decided to withdraw funding for specialized integration services. With a growing influence of conservative politics, this is unlikely to change.

In the absence of any catchall solution to the current problems, there is a clear need for policy innovation, and for political change overall. On one hand, municipalities will need to be creative in designing new methods for reaching out to migrant populations. On the other, mainstream parties will need to face their responsibility in enflaming and exacerbating polarization between migrants, natives, and Swedish public agencies. If this cannot be done, it is very likely that any current problems will keep growing. At the individual level, relations will continue to deteriorate, and the number of migrants that question their future in the country is likely to grow even further. This will likely create further difficulties for researchers, civil society associations and policymakers to identify grievances and suggest new solutions. At the policy level, officials will have growing difficulties to hear and articulate the difficulties, hopes, and demands that matter to significant parts of the Swedish population. 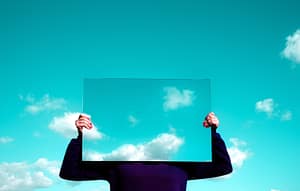 Integration and the Swedish elections: how polarization deteriorates native-migrant relations

Integration and the Swedish elections: how polarization deteriorates native-migrant relations