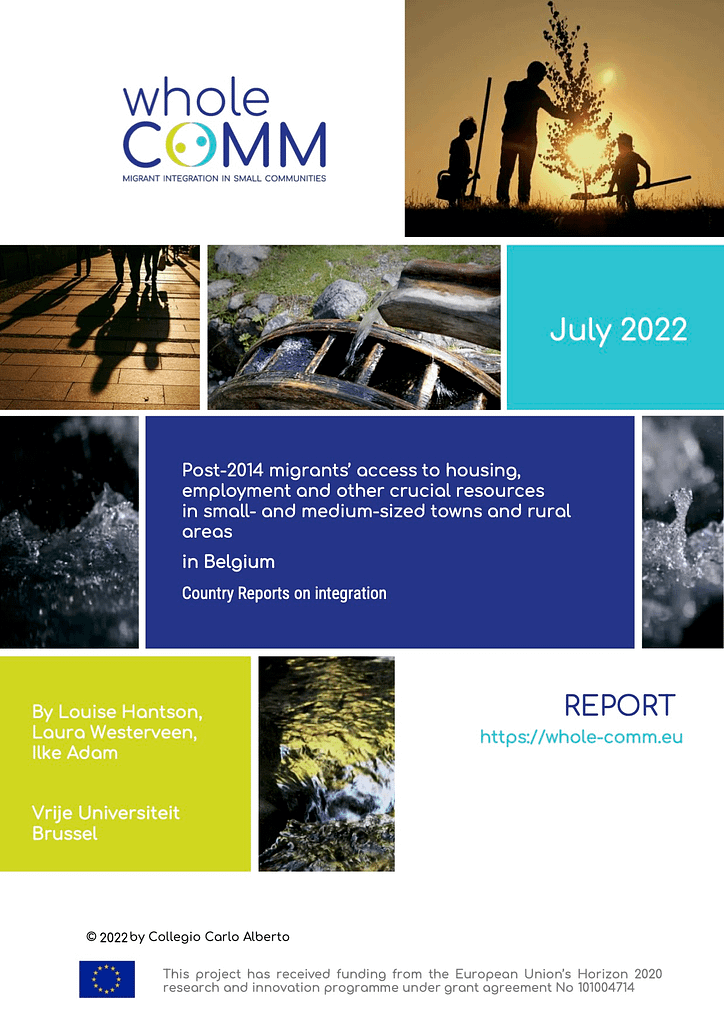 This report examines post-2014 migrants’ access to housing, employment, and other relevant resources in different small and medium-sized towns and rural areas in Belgium.

Primarily based on interviews conducted in each of the for selected municipalities, the report provides an overview of:
1) the concrete barriers that post-2014 migrants are facing in relation to housing and employment;
2) the local actors who are involved in, and/or seen as responsible for, facilitating their access;
3) any concrete local measures or practices that help or hinder this access;
4) the specific target groups of these measures, initiatives or practices.

The report finds that the differences regarding the access to housing in the four localities for refugees and other post-2014 migrants is largely dependent firstly on the existing built-up environment, housing history and the economic situation of the localities, and secondly on the extent to which the local community engage in lifting obstacles, such as discrimination. In Belgium no level of government has taken responsibilities regarding refugees’ path from shelter to durable housing, which has led to the fact that they compete on the private housing market or for social housing. The extent to which the local community engages in lifting obstacles is not determined by any formal obligation and therefore varies considerably amongst the four localities studied. Concerning the obstacles in the access to the labour market for (post-2014) migrants, we noted that language gaps, difficulties in getting one’s foreign diploma recognised and discrimination (by employers and/or fellow employees) were mentioned in all four localities as obstacles hampering (post-2014) migrant’s access and long-term integration into the labour market. Overall, we found that these obstacles were lifted in periods in which there is a high need for workforces. This demonstrates that discrimination often operates in function of supply and demand. 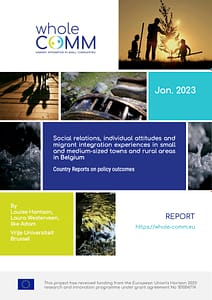