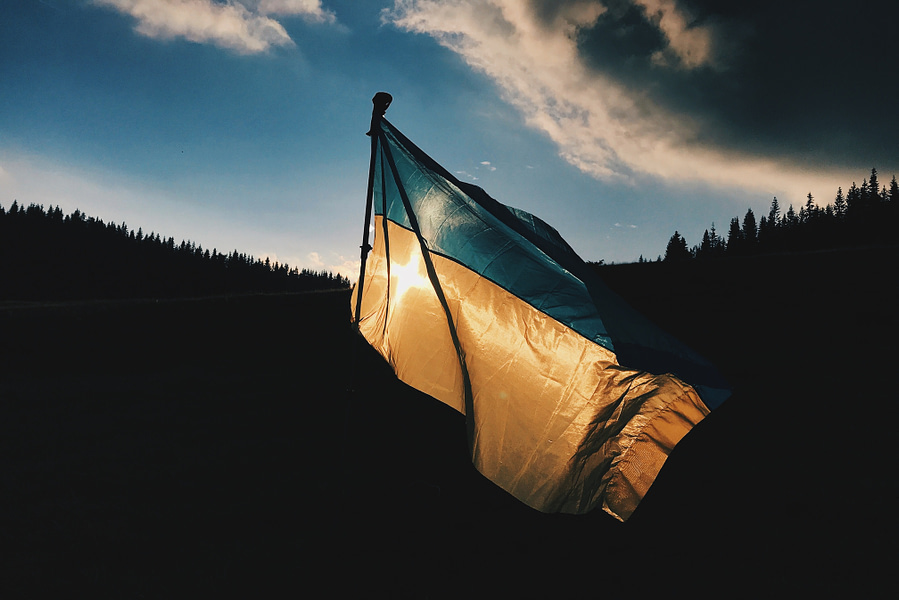 Part-Time Assistant Professor at the European University Institute, and a Lecturer at the Department of Political Science at the University of Vienna

Heaven Crawley is Professor of International Migration at Coventry University’s Centre for Trust, Peace and Social Relations (CTPSR) and Director of the MIDEQ Hub.

There is an EU-wide consensus – including leaders of many radical right anti-immigration parties – about the need to welcome refugees escaping the war in Ukraine. For the first time ever, the European Union, which was in a state of deadlock for years over common action in the field of asylum,has decided to use its Temporary Protection Directive to grant refugees coming from Ukraine a residence permit, and access to education and the labour market. Recent polls suggest that the vast majority of Europeans – including voters of radical right anti-immigration parties – are supporting policymakers’ decisions to welcome Ukrainian refugees.

Many migration scholars were puzzled by this response and have been debating for weeks how to understand it. We – Leila Hadj Abdou and Andrea Pettrachin – ourselves developed some initial thoughts on how to explain what we call a U-turn in European policy responses and public attitudes towards refugees in a recent contribution for the LSE EUROPP Blog.

In this piece, we have referred not only to geographic proximity but also to the perception of Ukrainians as culturally and ethnically similar to hosting societies in the EU as a key driver of the welcoming attitudes towards refugees from the region. The case of Italy is paramount in this respect: Italy is closer to Tunisia and Libya than it is to Ukraine, but arrivals from these countries were met with a far less welcoming response. Furthermore we make reference to the powerful mediatization of the Ukrainian war and refugees’ stories and desperate conditions, which points to the role of cues picked up from the media in influencing how policymakers – and individuals – make sense of these events.

Some additional factors, however, need to be accounted for to understand recent developments.

An additional important factor relates to how recent arrivals from Ukraine – and, more importantly, narratives about refugees – are powerfully gendered. In 2015, asylum seekers arriving to Europe were largely adult men. However this dynamic has changed over time. Already by 2016, around 60% of those crossing the Greek border to Macedonia were either women or children. Past debates about refugees, however, tended to continue to focus on the fact that migrants were usually men travelling alone, which enabled the employment of a gender nationalist discourse, perpetuating the idea of the threat of the Muslim male and consequently legitimizing restrictive refugee policies.

In the case of Ukrainians, until now the overwhelming majority of people fleeing the war have been women and children, as men over 18 are prohibited from leaving as they are called to defend it from Russian forces. In line with classical gender expectations, Ukrainian males in dominant narratives as described as fighting heroes, who do not run away, while female and children refugees are described as victims. This stands in stark contrast to ingrained ideas of refugees being a potential threat.

Another important factor that needs to be mentioned is related to how the current war is widely seen as a “Zeitenwende”, a return to the world of the “cold” war. Recent debates about Ukrainian refugees seem to link back to pre-1989 debates about asylum and related policy responses, when refugees were mainly persons fleeing from communist regimes that were utterly ideologically distinct in terms of values from those of the West. The welcoming reception of asylum seekers at the time was a matter of affirming the moral and ideological superiority of the West towards the Communist bloc. Put differently, it was driven by political interests. Ukrainian refugees are certainly fleeing from an atrocious war and the prospect of falling under Putin’s authoritarian regime, but so were, among others, Syrians in 2014/15 fleeing from the criminal war acts perpetuated by Bashar al-Assad and the Islamic State. Still other conflicts like the latter do not fit so neatly into a binary cold war perception, as the current conflict does. In sum, this current conflict reactivates a historical memory closely connected to the formation of European identity. However, in contrast during the Iron Curtain, relatively few asylum seekers made it to the West.

Another important point to mention is that this time around European leaders have been emphasising that it is “genuine refugees” who are coming to the EU. While there is no doubt that the Ukrainian people are in dire need of support and protection, paradoxically, however, they do not necessarily correspond to the legal definition of a refugee. According to the Geneva Convention, war in itself is not a reason to receive international protection. Instead, refugee status is under the Convention exclusively granted to individuals and not groups, who are unable or unwilling to return to their country of origin owing to a well-founded fear of being persecuted for reasons of race, religion, nationality, membership of a particular social group, or political opinion.

If one looks back in time, however, it is important to remember that the 1951 Refugee Convention was initially restricted to European refugees. In other words, the initial definition of who was worthy of protection was the output of a Eurocentric political dynamic. Only later in the 1967 Protocol, refugee protection was enlarged to non-Europeans. If we assume that there are some ingrained beliefs and historical legacies in the way societies think and act, it is worth considering this Eurocentric root of the contemporary refugee protection framework, to understand today’s welcoming approach towards Ukrainian refugees.

Notwithstanding these factors, that explain the initial response, it is unclear how long these welcoming attitudes and responses will last. Future developments might depend on several factors. A first, important factor is related to the duration of the war and the persistence of current media attention. Research has shown that perceptions and discourses are volatile and can shift very quickly when new signals and cues become available and when changes occur in the media’s framing of political issues.

Second, future dynamics will also depend on how refugee flows are managed by European countries. Research has shown that the perception of disorder following the arrival of thousands of Syrians in 2015, had a negative impact on attitudes toward immigration in receiving countries. As the ICMPD explains, crucially, most Ukrainian refugees will not be hosted in ‘refugee camps’, and this might avoid the negative impact on public perceptions that developed in 2015. It is difficult to anticipate, however, whether and for how long policymakers will frame Ukrainians’ reception as a necessary endeavour rather than a disruptive burden. For instance, to justify its restrictive turn on asylum policy, in 2016, the centre-left Italian government claimed this was due to the fact that asylum-seekers’ reception had reached a tipping point beyond which it had become unmanageable and had even started to put Italian democracy at risk because of the anti-migrant mobilizations of extreme right movements and radical right parties.

Third, another important element depends on how challenging the socio-economic integration of the refugees will prove to be. The presence of established Ukrainian diasporas in many European countries might ease the inclusion of Ukrainian refugees, and the activation of the Temporary Protection Directive – which grants immediate access to a residence permit, education and the labour market, opposed to previous policy regarding asylum seekers – also has the potential to significantly moderate negative effects.

To conclude, while temporary protection has proved to be an efficient mean to respond to the Ukrainian crisis, it is still unclear whether it will remain the best legal instrument in the tragic case that the war continues, and completely destroys livelihoods, which makes it less likley that people can return. More long-term solutions might need to be found. Only the future will tell whether these will be endorsed to the same extent by Europe’s leaders and citizens.

Want to know more?
SUBSCRIBE TO OUR NEWSLETTER!
PrevPreviousNewsletter #2 – Updates on the fieldwork
NextThe Migration-development nexus in European inner areasNext